The Pink Lake in Senegal: The Mystery Behind It

The Pink Lake in Senegal, also known as Lake Retba lies north of the Cape-Verde peninsula of Senegal, some 30 km northeast of the capital, Dakar, in northwest Africa. It is named for its pink waters caused by Dunaliella salina algae and is known for its high salt content, up to 40% in some areas.

The lake is known for high salt content, up to 40% in some areas, which is caused by the ingress of seawater and its subsequent evaporation. Like the Dead Sea, the lake is sufficiently buoyant that people can float easily. Salt is exported across the region by up to 3,000 collectors, men, and women from all over Western Africa, who work 6–7 hours a day, and protect their skin with shea butter.

The salt is used by Senegalese fishermen to preserve fish, a component of many traditional recipes including the national dish, a fish and rice meal called thieboudienne. About 38,000 tons of salt are harvested from this lake each year. It makes up part of the national salt produced in Senegal and is the number one producer in Africa.

The fish in the lake have adapted to its high salt content by evolving ways to pump out extra salt and keep their water levels balanced. The fish are approximately four times smaller than those living in a normal environment, as a result of fish dwarfism. 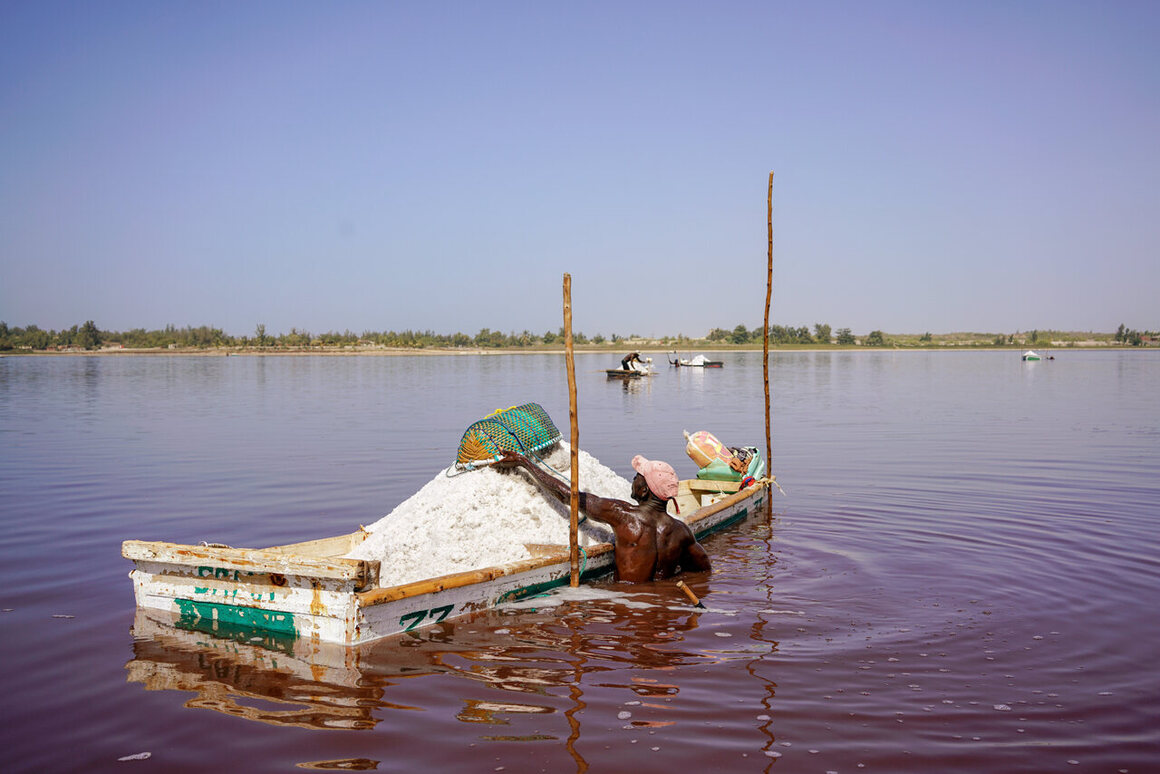 One male miner might fill five of these pirogues in a day. DAVID DEGNER / GETTY IMAGES